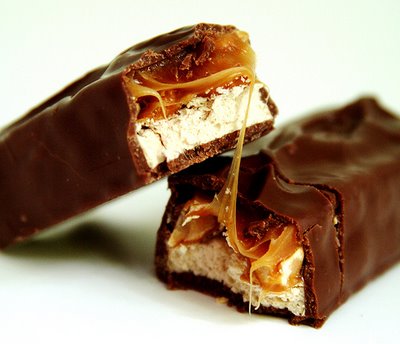 It was Adelaide 1995, when after dedicating five days of my life to watching every ball of the test, a woman stood up in the row in front, asked her husband whether he wanted a Snickers bar, and cost me a view of the sizzling Shane Warne flipper that won the match for Australia. Five years on, that moment plays and replays in my mind. Woman stands up, I crane left. Woman says ‘Darling would you like a Snickers bar’, I crane right. Husband says ‘yes’ to Snickers bar, I launch sideways to create a parallax opportunity. Husband and wife have brief discussion about the extent to which Snickers bar will hit the spot, and 15,000 people roar hysterically about something I did not, and will never see. .

That Snickers bar incident hardened me as a sports watcher, which made the events of last Tuesday night all the more remarkable. I was at the swimming finals, praying for gold in Susie O’Neill’s 200 metre freestyle final, when I met a bloke in the seat behind called Mark. It turned out he was from Port Melbourne and we had plenty in common. He made long road trips to watch cricket. I made long road trips to watch cricket. He thought Van den Hoogenband would rewrite the record books. I thought that with the number of characters in his name, he might even reformat them. Whatever Mark said, it made sense, and I was doubly impressed when he told me that he had attended nine days of competition in Atlanta four years ago.

The crowd rose the moment the gun released O’Neill and the seven other 200 metres freestyle finalists from the blocks, and in the post Snickers incident era, there was no way I wasn’t rising with them. If I was blocking Mark or anybody else’s view, too bad. The onus was on him to stand and do the same to somebody else. As it turned out the steepness of the seating meant everyone could see, and a screaming, vibrating stadium roared Susie to the front over the first 100 metres. Doing the job as best we could until the rest of Australia, otherwise engaged with a moving airline commercial, could join us.

O’Neill in front, Poll and Potec chasing. It continued like that for a lap and a half. The crowd at the top of its collective voice, yet still managing pulsing crescendos after each turn. When Susie tumbled into the last fifty I finally resolved that keeping binoculars steady was incompatible with jumping mindlessly up and down, so I put down the glasses, punched the chlorinated air and thanked God there weren’t any decent wars going on into which I could channel these glorious nationalistic urges. We were there. We were actually going to see Aussie gold at the Olympics.

But thirty metres from home, things started going haywire. For starters, the Slovakian in lane two was flying, taking water from Susie with each stroke, but more alarmingly, Mark from Port Melbourne must have got it horribly wrong with his mindless jumping up and down, for he had fallen head first over the back of my seat.

I glanced down for a fraction of a second. He wasn’t hurt, but he was stuck over the seat in what the diving community call the pike position – his backside in the air and his head and body no longer sharing the same row as his legs. A couple of people in the row behind made a half-hearted fist of hauling him back into an upright position, but now the Slovakian was flying, and the rescue operation was being hampered by the excitement of the race below. ‘Susie, Susie.’ the crowd thundered, and remarkably, that still included Mark from Port Melbourne. He was a barracker at his second Olympic Games, and you just don’t get to that level by giving up the moment you find yourself lying in a V-shape over a retracted plastic seat. .

Whether it was Mark’s resilience or the fact that he’d never seen a gold medal live or the effect of all those ‘Celebrate Humanity’ ads, I suddenly had to help him see the end of the race. After all, what would John Landy have done in this situation? Landy might not have had half my Snickers baggage, but if he could risk an Australian mile title to help Ron Clarke, surely I could risk a clear view of frothing water and a distant yellow cap?.

In the end I compromised, never turning away from the action, but finding enough of Mark with a groping left hand to grab hold and throw him backwards. With my seat as a fulcrum, he levered himself back to his feet, screaming an airborne ‘Thanks mate’ as he rocketed past my ear.

He was up in time. Seconds later, Susie touched, and a few hundredths of a second after that, the Slovakian Moracova. From our distance it was impossible to tell who had won, but in sport watching, that’s not the point. The greatest thing is to be able to say that you were there and that you saw it. In my case, 200 metres of the greatest freestyle race in Australian history. In Mark from Port Melbourne’s case, 170 metres and a stretch of Aquatic Centre concrete in row 38.