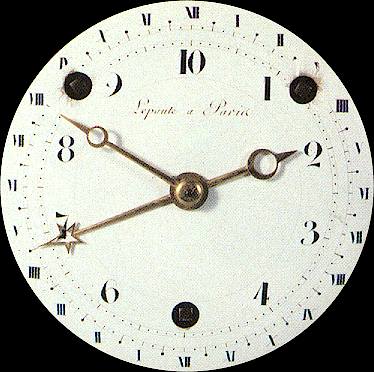 In 1981, my Grade 3 teacher Mr. McAuliffe told us that time had gone decimal and my world caved in. After all the years of struggle, all the years living in a maze of ‘half pasts’ and ‘quarter tos’ and ‘something o’clocks’, I was finally getting somewhere. Then suddenly, we were back to square one. According to Mr. McAuliffe, the government had decided overnight that there should be 10 hours in a day, 100 minutes in an hour and 100 seconds in a minute.

‘You’ll get used to it,’ Mr. McAuliffe assured us. ‘Just remember seconds now go past a fraction quicker than they used to.’

Pandemonium erupted in the classroom. Ashley Leckie was worried that he was now going to die young; Millie McLeish about whether she could watch more or less television; Ian Wilson, the smartest guy in the world asked something about light years. But the vast majority of us were concerned about one issue and one issue alone. What did this mean for our watches? For God sake don’t let anything happen to our glorious, status bringing watches.

Mr. McAuliffe calmed us down and explained the situation carefully. ‘For those of you who have watches with hands, the government is opening special decimal time centres where you can have the face altered. But for those with digital watches – I’m sorry. Throw them away.’

It is a great credit to Mr. McAuliffe’s resilience as a practical joker that half a classroom full of bawling digital watch owners did not weaken his performance. For two solid (non-decimal) hours we completed worksheets, converting time in one direction and then back again. Not even Ian Wilson (with his elongated forehead and fifty buck vocabulary) could do the sort of maths the task demanded, but that didn’t worry Mr. McAuliffe. He just walked calmly around ticking everything.

Finally at, 5 noon, he came clean. ‘As much as I would like this to be a great day in the history of our time,’ he began, ‘It’s not. The time is now 12 midday, just as it was 12 midday this time yesterday. The only difference is that today is April Fools Day.’

Nineteen years later, Mr. AcAuliffe’s decimal time idea is alive and well and can’t be a joke because it’s been developed by the Swiss. Yes, watch manufacturer Swatch have figured that a good way to cram more features on a time piece is to invent new ways of telling the time, and so have come up with the Swatch beat. A single Swatch beat takes 1 minute 26.4 seconds of traditional time (1 minute 30 if you’re using a Swatch that’s more than a year old) and there are 1000 beats a day. The meridian, rather than being in Greenwich, runs straight through the heart of the Swatch factory in Biel, Switzerland. So at midday in Biel, the time is @500 Swatch beats.

The force that is driving the Swatch beat is the internet, and the perceived need for web-surfers around the world to enjoy uniform time. So when it is @500 Swatch beats in Biel, it’s @500 everywhere. The trick is to ignore the sun. In New York for example, a new Swatch day kicks in at 7 p.m. whereas here in Melbourne, it happens at 10 am. You just download internet time from the Swatch site, and find global connectedness via some blinds, a coffee percolator, and the new version of Tomb Raider.

The first thing I thought of when I heard about this was, my God, what will the farmers say? Unfortunately, the only English contribution on the Swatch feedback page comes from a computer-generated animatrix called Sonya who lists her place of residence as ‘Sony’s virtual world’. For what it’s worth, Sonya is a big fan of Swatch beats, although it should be noted that for virtual people, a middle of the night appointment is less disruptive than it would be for you or me.

If the Swatch beats idea does take off, the corporate precedent will be set. From there, it shouldn’t be too long before the British government announces that the people have finally become disillusioned with the silent ‘w’ in ‘Greenwich’, the city to be known from now on as ‘Rolex’. Pepsi will purchase the naming rights to the Fahrenheit scale, only to discover it has made a horrible mistake when Coca Cola outbids them for Celsius. Multinationals, not content with branding our stadiums, parklands and streets, will begin laying claim to the scales that we use to relate to our natural world.

Meanwhile, time will march forward in discrete 1 minute 26.4 second Swatch endorsed bundles. Until nothing is left.