Most opinions on mobile phones are complaints from the point of view of the non-mobile phone user, people who answer ‘yes’ to the age old riddle ‘if a mobile phone rings in the forest and nobody’s around and it’s on vibrate, do you get angry?’ For some, it’s always ‘this person chatted too loudly on the tram’, or ‘that tinny version of Edelweiss wrecked ‘Lord of the Rings’. Isn’t it enough that we mobile users are all going to die and you will inherit the Earth? 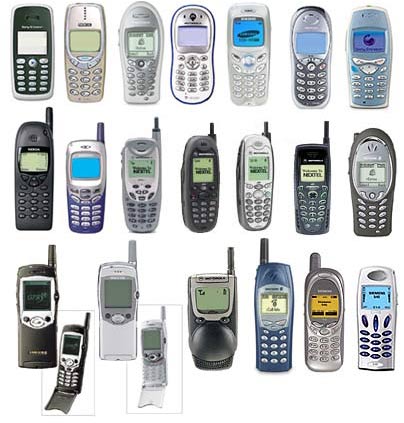 This article has barely dated at all, has it?

Not that medically speaking, I’m completely sure of my facts there. And I suppose that even if the rumors about tumors are true, we probably won’t all die at the same time. But on the very off chance that there is some sort of mass cellular holocaust (and it would surely happen during ‘freetime’ after 8pm) to you, the dedicated landliners administering our estates, here is a brief guide to understanding a mobile phone bill.

Firstly, behind every mobile phone bill is a mobile phone plan, a dream-like whole dollar amount that is handed out in shops with $1 phones. At the point of sale, ‘The Plan’ was sold to the deceased as the likely extent of his or her obligations, and the consumer, believing he or she was only going to use the phone in the event of breaking down on freeways or getting robbed at an ATM, will usually have called it a fraction low. Later, ‘The Plan’ becomes part of the lore of the phone, and just as a rabbi can explain the links between the Talmud and the Torah, a call centre operator for Telstra or Vodafone can explain how a particular bill relates to The Plan. It might take a while though, and you shouldn’t make that call without a slide rule and a set of trigonometric tables.

The time frame of the bill is the ‘billing period’ and usually, it will be nestled sufficiently in the past to ensure nobody can particularly recall what went on during it. Initially, it may appear that there is no shortage of information. All calls are listed, the time they were made, their duration, and their charge out rate, usually listed conveniently as a letter of the alphabet. For example, if I made a call at 2.32 pm that lasted 00.01.21 minutes (there are plenty of digits in the minutes column), you only have to look at the bill to determine that the charge out rate for that call will be ‘NP’. Other phone companies might express ‘NP’ as another letter of the alphabet (on my mother’s plan, a call that I would pay ‘NP’ for, costs her ‘R’) although nowhere will you find a charge out rate expressed in dollars.

To be fair to the phone companies, checking that the correct rate is being applied is as simple as finding the contract in the deceased’s papers, working out which of night, peak, off peak, fixed phone, free, semi-free or roaming GST-free rate applies, checking the bill to determine how that rate is expressed as a letter, translating call times expressed in minutes to seconds, and multiplying the total seconds by the rate. That should give you a number that’s pretty much unrecognisable to the total call cost in the right hand column, due to the small matter of flagfall.

Flagfall is also in The Plan and it’s the extra amount charged for the first 30 seconds of a call. In other words, it’s sometimes not enough to know what the rate expressed as a letter equals. The equation needs an extra constant, (let’s call it NFI) which represents flagfall.

By this stage, you the executor have used solid accounting methods to determine the cost of one call, and it’s time to move on to the next call, with just 4 more pages of double sided, 8 point type to go. Eventually you will have the total cost of all calls, and all that is left is to go back through the entire list again to subtract the amount of any free calls, listed in the bill not as $0.00 but as a credit amount.

Then add the sub-total for new charges to the service charge (which sometimes has wisps of the original whole number in The Plan), round down to the nearest 5 cents, add GST, and pay.

As the bills continue to roll in over the months and years to come, a time effective alternative is to blindly and unswervingly pay the number that appears in the ‘total amount owing’ box. You might ask why we as dead people will be held to our contracts when quite clearly we are in no position to pay, and after 45 minutes on hold you will have your answer. It is part of the plan.